peak oil17
Peak oil felt like a very real and immediate possibility around the time of the oil price peak in mid-2008, but the “oil-is-here-to-stay” crowd... 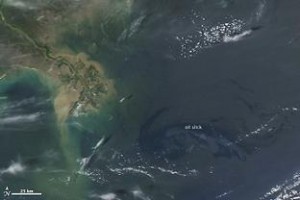 Peak oil felt like a very real and immediate possibility around the time of the oil price peak in mid-2008, but the “oil-is-here-to-stay” crowd has enjoyed something of a resurgence since then.

Oil prices are down (though back to more than twice the low seen after the financial meltdown). Furthermore, 2009 was a banner year for new oil field discoveries — more than 10 billion barrels in potential reserves of black gold, which was the most found since 2000. Then there’s the fossil fuel riches of the Arctic that will likely be opening up in years to come, thanks to climate change.

Don’t get too excited, though. While there might be plenty of oil left below the surface of our planet, it won’t be enough to prevent an oil shock in the short-term future. Here’s why:

Government officials and business leaders, take heed: you’d be a lot better off tuning out the soothing reassurances from OPEC and the oil giants, and tuning in the warnings being given by everyone from Virgin’s Sir Richard Branson and the UK Industry Task Force on Peak Oil & Security.

As the Task Force noted upon releasing it latest report earlier this year, “Our message to government and businesses is clear. Act now. If we don’t, we run the risk of a return to the oil price shocks of the 1970s and 2008 with all the inherent uncertainty and trauma that brought.”