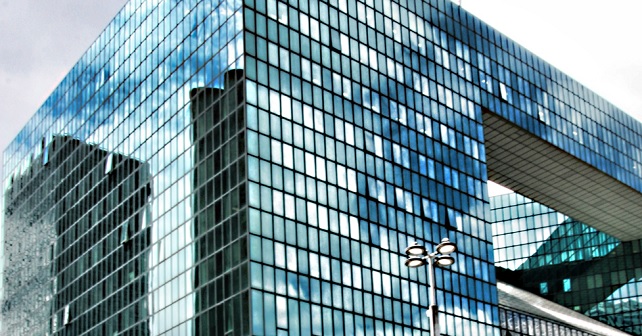 What is a smart city?

smart city4
What is a smart city? Lots of different people and organizations offer answers to that question, but no one definition has fully “stuck” yet....

What is a smart city? Lots of different people and organizations offer answers to that question, but no one definition has fully “stuck” yet.

Typically, the term conjures up futuristic images of cities that don’t yet exist: cities with no traffic jams, crime or waste. Cities where everything from coffeepots to streetlights can be managed efficiently via a finger tap on a computer or smartphone. Towns where 24/7 sensors and automation ensure that any problem, big or small, is quickly detected and resolved. Even the future can be predicted, “Minority Report”-style, to prevent trouble before it starts.

The technology-driven image of “smart” requires the presence of lots of advanced ICT (information and communication technology). The idea is to network every part of a city, with interconnected systems that are measuring, monitoring and analyzing data about everything: people, retail activity, trash collection, bus arrival times, weather threats, energy use and more.

It should come as no surprise that this image is often fostered most by the companies that market these kinds of technologies and services to cities.

IBM’s Smarter Planet initiative, for example, promotes the use of big data and analytics to “change the paradigm from react to anticipate.” A smart city, it says, will be able to “analyze data for better decisions, anticipate problems to resolve them proactively and coordinate resources to operate effectively.”

Siemens, which has an entire sector devoted to infrastructure and cities, says the goal of smart is to integrate “all public agencies, systems and infrastructures into one holistic system.”

Used by companies like these, as well as by some cities themselves, the term “smart city” can be as much a “marketing concept” as anything else, the entry at Wikipedia notes.

That’s an apt observation considering that, in the real world, we’ve yet to see a city that fully meets any of the descriptions above.

Large-scale projects like Masdar City, for example, have been designed from the ground up to be technologically advanced, data-driven and sustainable from every angle: buildings, energy, transport, research, education and more. But they exist mostly as eye-catching visions on websites, PDF whitepapers and glossy marketing brochures … not as real and vibrant spaces where real people live and work in large numbers.

On the other hand, already-established cities with real and often large populations are testing and deploying innovative programs that use sensors, networking, real-time monitoring and predictive analytics … though on smaller scales and in narrower scope. Rio de Janeiro is often cited for its Rio Operations Center, which integrates information from 30 different city agencies into a single “holistic” view for managers.

Outside of the technology industry, though, some urban planners, sociologists and others are asking how “smart” do systems like this really make a city?

“What city does not want to be smart or intelligent?” asked University of Newcastle professor Robert G. Hollands in a 2008 article in the journal City.

The term “smart city,” he asserted, suffers from “definitional impreciseness, numerous unspoken assumptions and a rather self-congratulatory tendency.”

“The main idea here is that the technological smart city becomes a smokescreen for ushering in the business-dominated informational city,” he wrote. “For example, while local governments from around the globe all stress they are concerned with how residents and communities utilize the new technologies, their ‘bottom line’ economic imperative appears to be to attract capital, particularly knowledge and informational capital to the city.”

Adam Greenfield, founder and managing director of Urbanscale, a design practice based in New York City, raises similar reservations in his new e-book, “Against the smart city (The city is here for you to use).”

Greenfield writes that “the deep involvement of large-scale commercial actors in the germination of ideas about the design and equipment of cities does make it somewhat unusual in the history of urbanism. It’s as if the foundational works of twentieth-century urban thought had been collectively authored by United States Steel, General Motors, the Otis Elevator Company and Bell Telephone rather than Le Corbusier or Jane Jacobs.”

Technology and technologists alone, critics like Greenfield argue, are not enough to make a city smart.

A team of researchers from the US, Canada and Mexico reached a similar conclusion in 2012 when they tried to identify a framework for understanding smart cities. They identified technology as just one of eight factors that are needed to make a city smart.

Among the factors essential to a smart city, they concluded, are 1) management and organization, 2) technology, 3) governance, 4) policy, 5) people and communities, 6) the economy, 7) built infrastructure and 8) the natural environment.

“Despite proclaimed advantages and benefits of ICTs use in cities, their impact is still unclear,” the team wrote. “Indeed, they can improve the quality of life for citizens, but they can also increase inequalities and promote a digital divide. Thus, city managers should consider certain factors when implementing ICT with regard to resource availability, capacity, institutional willingness and also with regards to inequality, digital divide and changing culture and habits.”

In particular, the researchers found, people – both as individuals and as communities – have been “neglected on the expense of understanding more technological and policy aspects of smart cities.”

What, after all, is the purpose of a city? Before we know how to make it “smarter,” we first must ask: “Smarter for whom?”