feed in tariffs7
The only way for the UK renewable energy market to grow to a respectable size comparable with Germany is for it to have the... 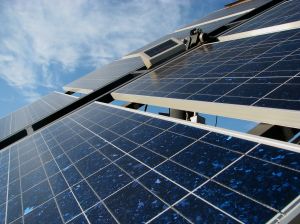 The only way for the UK renewable energy market to grow to a respectable size comparable with Germany is for it to have the full support of the incumbent government. The fact that large-scale solar PV farms are beginning to appear in the English countryside should be celebrated as a success of the government’s Feed in Tariffs (FIT) policy.

Instead, the scheme is being portrayed as an enemy to microgeneration, with little regard for the fact that large-scale solar PV helps companies to achieve lower costs that can then be passed on to domestic installations.

This week, Chris Huhne, Britain’s Secretary of State for Energy and Climate Change, announced the government would start its first review of the FIT scheme for small-scale, low-carbon electricity generation. This news comes earlier than expected and will lead to uncertainty within the UK renewable market, in particular for solar PV.

The government decided to bring forward the review, originally set for 2012, as it has become increasingly concerned with the development of large-scale solar PV farms 5MW in size, which are taking advantage of a generous tariff rate that currently stands at 29.3p/kWh. The review aims to:

The problem with these aims, the last one in particular, is that investors in the UK renewable energy market will see an unsteady field on which to play and will look elsewhere to put their money. The budget review in November caused the first jitters in the market, and this will further enhance the view that the government is not strong enough to follow through, thick and thin, with the FIT policy.

The government has gone so far as to describe the larger-scale solar farms as “a threat” that was “not fully anticipated.” This seems rather strange considering that, when the rate was set, the government allowed solar PV installations of up to 5 MW to be included. Thus, it would be natural for companies to benefit from economies of scale and go for the largest installation. The surprise factor also seems odd given that exactly the same reactions were seen with similar schemes in other European countries such as Germany and Spain. Guided by the experiences of these countries, the UK government has had ample opportunity to make sure the policy was implemented correctly.

In addition to examining large-scale solar, the review will also look at how to improve the uptake of anaerobic digestion (AD) for the agricultural industry, as only two such projects have been accredited so far. As noted in the recent Greenbang report on the UK renewable energy market reaction to the FIT, the agricultural industry is able to benefit from the policy only if collaboration between farmers exists. Current technologies mean AD is not really viable on a small enough scale for one site. Combined heat and power (CHP) utilisation of the AD biogas output also needs to be improved.

In light of this review, the UK renewable energy sector must take a lesson to heart: it needs to be able to stand on its own two feet and make sure it doesn’t rely too heavily on the FIT policy. Companies can do this by making sure the extra profits they’re generating through the FIT are put back into R&D to lower production, manufacturing and installation costs. The market needs to be sustainable and prepared for the long term. It will benefit not from companies looking to make a quick buck, but from companies that wish to see the UK as a leader in renewable energies in 10 years’ time.