nuclear4
With the possibility that the planned shutdown of ageing power plants could leave the UK energy-hungry, the government is looking at new nuclear facilities... 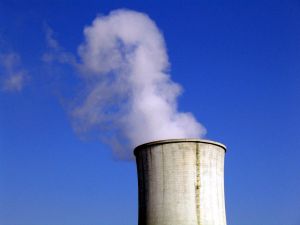 With the possibility that the planned shutdown of ageing power plants could leave the UK energy-hungry, the government is looking at new nuclear facilities as one way of making sure the lights stay on in years to come.

“As we head towards a global agreement to tackle climate change, the UK needs to transform its energy sector, replacing old infrastructure with high-tech, low-carbon energy sources,” said Lord Hunt, energy and climate change minister. “Nuclear power provides reliable , cost-effective and low-carbon energy and will play a vital role, alongside renewable and clean coal in a secure energy mix for the UK.”

The government has scheduled three exhibitions and two public discussions over the next several days to gain input on its proposal to build a new nuclear power station at Bradwell near Chelmsford. An ageing plant there was shuttered earlier this decade.

“Bradwell nuclear power station supplied Essex with power for 40 years until 2002,” Lord Hunt said. “A new power station could provide as many as 9,000 jobs in the area during construction.”

The government’s announcement on new nuclear sites was made as part of a planning overhaul for big energy projects and 10 potential new sites for nuclear energy were named in the draft Nuclear National Policy Statement: Bradwell, Braystones, Hartlepool, Heysham, Hinkley Point, Kirksanton, Oldbury, Sellafield, Sizewell and Wylfa. Bradwell was nominated by EDF, which is currently seeking to sell the site to a credible nuclear operator.

The UK’s new Infrastructure Planning Commission (IPC) will use the National Policy Statement when considering planning applications for new nuclear power stations. This consultation is an opportunity for local people to influence what the IPC should take into account when considering whether to grant consent or not.