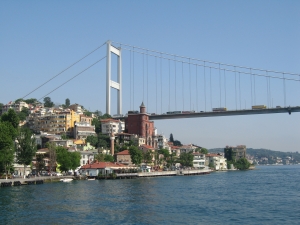 Out of 10 European countries recently surveyed on climate change and energy trends, Turkey tops the list in favorable attitudes toward sustainability.

Overall, more than half — 58 percent — of survey respondents said they are concerned about climate change. After Turkey, France and Spain showed the greatest levels of concern, while Switzerland, the UK and the Netherlands expressed the least.

Even people in the more skeptical countries, though, said they were willing to take steps to save energy if the incentives were right. In Britain, where 89 percent of respondents supported energy conservation, 71 percent said financial support would be the best way to encourage them to save energy and 51 percent said physical tools like smart meters would help.

A majority of Britons — 81 percent — also said they have changed their lifestyles in some way to be greener. Encouraging such attitudes is especially important with the UK set to receive global attention as host of next year’s Olympic games.

“We are now just over one year away from the 2012 Olympic and Paralympic Games, when the attention of the world will turn to the UK,” said Gareth Wynn, EDF’s director of London 2012. “This represents a huge opportunity to demonstrate that we are making real progress when it comes to living in a more sustainable way. It’s therefore encouraging that this year’s LEAF Index shows that eight out of ten Britons have already made some change to live a ‘greener’ lifestyle.”

Wynn added, “However, as the results have shown this year, there is always more that can be done. Britons will need to continue in their efforts to be green in order to keep up with the very positive pace of change we’re seeing across Europe in the research.”

The LEAF Index is based on online surveys of 5,511 adults between the ages of 18 and 64 in 10 countries: France, Germany, Italy, the Netherlands, Russia, Spain, Sweden, Switzerland, Turkey and the UK.