There will be energy … or trade wars … or something

energy153
The year 2012 might not see the fulfillment of any ancient Mayan “prophecy” of the end of the world, but it does appear to... 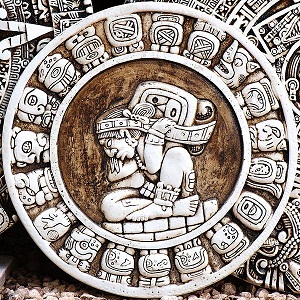 The year 2012 might not see the fulfillment of any ancient Mayan “prophecy” of the end of the world, but it does appear to be signaling a different “end time” … one marking the end of business-as-usual trade with China.

In his State of the Union address late last month, President Barack Obama spent a lot of time outlining plans for a more energy-independent, “all-energy-sources-go” US. And while he didn’t specifically mention the Commerce Department’s ongoing investigation into solar-cell “dumping” by China, he did announce the launch of a new Trade Enforcement Unit and added, “There will be more inspections …”

Asking whether a US-China “energy trade war” is imminent, OilPrice.com’s John Daly writes that Commerce is targeting for investigation China’s imports of utility-scale wind towers to the US. He adds:

“What is surprising about the brewing dispute is the relatively minor amounts of money involved … (A)ccording to US Customs statistics, in 2010 China’s wind technology exports were worth a paltry $104 million.”

That small figure would certainly seem to suggest there’s some “fight-picking” going on in international trade officialdom. However, another theory is floated by Liu Pengxuwhen, deputy director of the legal services division for the China Chamber of Commerce for Import and Export of Machinery and Electronic Products.

Pengxuwhen says, “(S)ince the US presidential election is around the corner, we noted that the US government continuously makes speeches on domestic alternative energy policies, expressing support for its alternative energy industry. In connection with such a political environment, we are convinced that the United States’ launch of the ‘anti-dumping and anti-subsidy’ investigation is inevitably connected with political considerations.”

Hmm … might he be onto something there? Read more details at OilPrice.com and decide for yourself.