The secret to sustainability? Commitment

sustainability67
What does it take to become one of six finalists for a $1.5 million prize in sustainability? On the surface, there’s not much in... 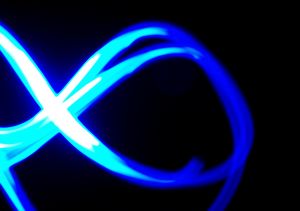 What does it take to become one of six finalists for a $1.5 million prize in sustainability? On the surface, there’s not much in common between some of the just-announced contenders for the Zayed Future Energy Prize … outside of an undeniable commitment to building a better, cleaner, healthier and more inclusive future.

There are, for example, traditionally structured corporations like First Solar, which makes thin-film photovoltaic modules, and Vestas, a wind turbine manufacturer. But then there’s an investment company like E&Co, which focuses not on building large-scale renewable energy projects but on developing “clean-energy entrepreneurs” in countries from Cambodia and China to Vietnam and Zambia.

A very non-traditional venture, India’s Barefoot College, also makes the cut. Its unique strength in promoting sustainability comes from its emphasis on enabling the rural poor — men and women, literate or not, able-bodied or physically challenged — to chart their own courses for improving the communities in which they live. It’s a college that promotes education of a different sort by helping unschooled residents learn the skills they need to work as local school teachers, midwives, health workers, solar engineers, hand pump mechanics, masons, phone operators and computer instructors, among other professions.

And then there are individuals like Amory B. Lovins, chairman and chief scientist of the Rocky Mountain Institute, who has a sustainability CV several miles long; and Terry Tamminen, CEO and founder of 7th Generation Advisors, who’s had a long and varied career in a wide range of sustainability-focused businesses and initiatives.

As diverse as these six organisations and individuals are, all have been singled out by the Zayed Future Energy Prize’s selection committee for their outstanding qualities in three areas: long-term vision, innovation and leadership. The six finalists will now be judged by a jury led by Rajendra K. Pachauri, chairman of the Intergovernmental Panel on Climate Change, which along with former US Vice President Al Gore won the the 2007 Nobel Peace Prize.

“We had a hard time selecting these six entries, the nature of the work of each candidate was exceptional, we analysed each entry from different angles,” said Razan Al Mubarak, Managing Director of the Emirates Wildlife Society, World Wide Fund for Nature and Chairman of the Selection Committee. “The jury will have a very tough choice as all six that we have selected have made a really significant contribution to renewable energy and sustainability.”

First awarded in 2009, the Zayed Future Energy Prize — $1.5 million for the top innovator and $350,000 for two finalists — are named in honour of the late Sheikh Zayed Bin Sultan Al Nahyan, founding father and president of the United Arab Emirates, and a vocal proponent of environmental protection and sustainable development. The top prize-winner for 2011, out of 391 entries from around the globe, is set to be announced on 18 January.

“We are committed to inspire future energy innovators around the globe to ensure the development of green technologies to help preserve our natural environment,” said Dr Sultan Al Jaber, Director General of Zayed Future Energy Prize. “It is our ambition to make Abu Dhabi a global hub for sustainable energy leaders.”