For a certain segment of technotopians, hydrogen looms large in our transportation future. It’s the ultimate clean fuel — nothing but water left behind... 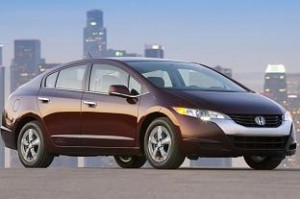 For a certain segment of technotopians, hydrogen looms large in our transportation future. It’s the ultimate clean fuel — nothing but water left behind after combustion! It’s everywhere — just pull the H2 out of our vast oceans of H2O! And it’s coming tomorrow!

The problem, though, is that the hydrogen car economy is always coming tomorrow. The first hydrogen fuel cell was designed in 1839 and, despite some truly astounding advances since then, we’re still nowhere near a widespread hydrogen highway.

Which makes announcements like this one from London problematic: the London Hydrogen Partnership today unveiled plans to build a hydrogen network in the city by 2012 (the year London plays host to the Summer Olympic Games). By that year, the plan aims to have in place at least six hydrogen refueling stations across the greater London area, along with at least 150 hydrogen-powered vehicles — from motorbikes to buses and vans — on the road.

In a city that sees 24 million vehicle trips a day and 33 billion kilometres of road travel a year, those hydrogen vehicles are going to be hard to spot … even if they do all make it onto the road.

And that’s a big “if.” Consider the experience of California, where Gov. Arnold Schwarzenegger in 2003 envisioned a statewide network of 150 to 200 hydrogen fueling stations by 2010 (pdf), to be built at an estimated cost of between $75 million and $200 million. With less than a year to go before that deadline, California in fact had managed to build just 24 fueling stations, with most of them clustered around the Los Angeles area.

So where’s the disconnect between hydrogen-car dreams and reality? A few things come to mind: