carbon dioxide23
The US government is hurting its efforts to regulate carbon dioxide emissions by using flawed economic models that grossly underestimate the greenhouse gas’ impact... 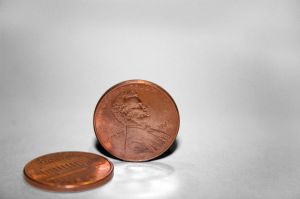 The US government is hurting its efforts to regulate carbon dioxide emissions by using flawed economic models that grossly underestimate the greenhouse gas’ impact on the climate and the economy’s future, according to a group of more than 200 climate economists.

“The Social Cost of Carbon,” a report from the Economics for Equity and the Environment Network (E3 Network), shows how a little-known federal task force has estimated the so-called “social cost of carbon” (SCC) — the economic impact of each tonne of CO2 emissions — at a “central value” of $21 per tonne, which would translate to about 20 cents per gallon of petrol.

Federal agencies will use the SCC as part of cost-benefit analyses to weigh the expected cost of regulations against the anticipated savings and avoided damages. The higher the SCC, the stricter the standards will be for fuel efficiency in vehicles, energy efficiency in appliances and more.

The number is crucial in the Environmental Protection Agency’s effort to fulfill its mandate from the US Supreme Court to regulate carbon, and for many other agencies as well. The E3 Network study warns the SCC could also find its way into climate legislation being developed in Congress, causing even greater harm if it’s used to set low carbon permit prices or to justify lax emissions standards.

“The danger is that this will lead to ineffectual regulations that don’t make a dent in the climate problem,” said Frank Ackerman, lead author of the report, a senior economist at the Stockholm Environment Institute’s US Center and a co-founder of the E3 Network. “We know that the higher the carbon price, the more it will reduce carbon emissions; that’s the whole point of a market incentive. If it’s this low, it will have hardly any effect.”

In the UK, by contrast, the government’s latest carbon price estimates range from $41 to $124 per tonne of CO2, with a central case of $83. The E3 Network report argues for at least exploring prices in this range for the US. The report also notes the urgency of setting a price on carbon in the US. Already, atmospheric carbon dioxide concentrations are about 385 parts per million, up from 280 ppm before the Industrial Revolution, and if current trends continue, they are expected to reach 560 ppm within this century.

At that level, scientists estimate the average global temperature would rise by at least 3 degrees C (5.4 degrees F), and more recent studies suggest increases of up to 6 degrees C (11 degrees F).