LED lighting4
LEDs, or light-emitting diodes, are generally the most energy-efficient — and longest-lasting — lighting option currently available. But while the technology is rapidly improving...

LEDs, or light-emitting diodes, are generally the most energy-efficient — and longest-lasting — lighting option currently available. But while the technology is rapidly improving and prices are dropping steadily, LED lighting remains on the pricy side. There’s the rub: LEDs can save lots of money over time in reduced energy bills and lower replacement costs  … but they’re still a significant upfront investment.

So how can you market LEDs to energy-conscious business customers without running afoul of their cash-constrained, cost-conscious side? Kevin Daniels believes he’s hit on a model that makes perfect sense.

“Nobody’s got capital, no one’s got budget,” says Daniels. But from an energy efficiency standpoint, LEDs are such a no-brainer, he reasons, “there’s got to be a way to make this work.”

The idea is, instead of asking companies to shell out thousands or even tens of thousands upfront to pay for lighting improvements that will more than pay for themselves over the years, offer customers a chance to pay a much smaller, monthly lease fee. They still get the super-efficient LEDs upfront, just not the expense. Meanwhile, they start saving on their lighting-related electricity costs right away.

And so was born LED Lease Solutions, Daniels’ just-launched venture. Working through an exclusive arrangement with a multimillion-pound LED manufacturer in China that also supplies the likes of Dell, Toshiba, Sony and Panasonic (though customers can lease any brand they like), Daniels aims to take the LED leasing business in the UK — there’s little competition at the moment as far as he can tell — by storm. 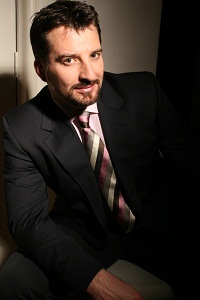 Daniels, a former commercial helicopter pilot, had already explored the leasing business model through his other business, Access to Profit, which offers contractual, cost-cutting options for gas and electricity, water, telephone and other services. With a deep recession clearly on the way in 2008, he saw the approach as win-win, enabling his customers to save money while he earned his revenues from suppliers who were happy for the extra, easily won new accounts.

Three years later, the LED leasing business makes even more sense for British businesses facing a £12-per-ton (around $19 per ton) cost for their carbon emissions, something being imposed through the country’s CRC Energy Efficiency Scheme.

“Companies are looking to reduce their energy consumption without any capital outlay,” Daniels explains, adding that it’s logical to put the focus on lighting technology. “Lighting in some industries accounts for 50 to 60 percent of electricity costs.”

While many people still aren’t familiar with LED technology, they quickly grasp its savings potential after a consultation, Daniels says.

Consider, he says, a company that pays £0.09 per kilowatt-hour for electricity and keeps its lights on 70 hours a week. Each incandescent or halogen light bulb might consume around 175 kilowatt-hours of electricity per year, meaning an annual per-bulb cost of £15.75. However, an LED bulb can provide the same amount of illumination while consuming about one-tenth the energy … meaning a per-bulb cost of £1.58 per year. At an annual leasing price of £9.60 per LED, the arrangement more than pays for itself with immediately lower electricity prices, for a net savings of £4.57 per year per bulb. Spread that across a few hundred or a few thousand light bulbs in your average large business, and the appeal is obvious.

While Daniels’ business is brand-new, the potential customers he’s spoken to seem to agree.

“I’ve never had a response like it,” he says. “The opportunity is huge. It’s so exciting.”