feed in tariffs7
With many churches in the UK struggling financially, a British energy company says it’s found a solution that’s good for both the environment and... 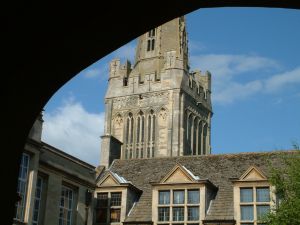 With many churches in the UK struggling financially, a British energy company says it’s found a solution that’s good for both the environment and their bottom lines: rooftop solar panels.

British Gas figures that churches and other religious buildings in the country could raise as much as £34 million a year by generating their own electricity and reducing their energy bills. Most of the money — more than £29 million — would come through the government’s programme of feed-in tariffs, which offers payments to households and other organisations that generate energy from solar panels, small wind turbines or other renewable energy technologies.

The remaining £5 million a year would come in the form of savings on current electricity bills.

That’s not an insignificant benefit for a community that’s been hard hit by the recession, according to British Gas’ Green Streets programme. The utility cites a recent report showing that one-fourth of the 44 Church of England dioceses are currently running deficits.

Since the feed-in tariff came into effect earlier this year, British Gas has been helping some religious buildings install solar panels on their roofs.

By switching to solar energy, churches and other religious buildings could also help reduce their carbon emissions by up to 42,000 tonnes a year. That’s as much as is emitted by more than 600 transatlantic flights, according to British Gas.

“These potential savings are great news for the UK’s religious buildings and their congregations, and give them the opportunity to lead their communities in tackling climate change and helping Britain move towards a low-carbon society,” said Phil Bentley, managing director of British Gas. “Religious buildings are particularly well suited to solar power as they tend to have large south-facing roofs which receive direct sunlight for the main part of the day.”

“The Church of England is committed to saving energy and becoming greener throughout the UK and the potential for solar panels on our churches is an exciting prospect,” said Father Paul Richards of St. Silas Church in Pentonville, London. “Even though not all UK churches could adopt this model due to planning and architectural conservation laws, there may be thousands of Church of England buildings out there that could help create a greener future by generating clean energy as well as some much-needed income.”

St. Silas Church became one of the UK’s first solar power-generating churches earlier this year after the majority of its south-facing roof was covered with photovoltaic tiles. The specially-manufactured photovoltaics were designed to blend in with the surrounding Welsh slate.

A mosque in Birmingham is also going green as part of the Sustainable Mosley (SusMo) project, which is working with the British Gas Green Streets programme. The Masjid-e-Hamza Mosque expects to generate around £6,400 a year  in feed-in tariff benefits as a result of a planned solar panel installation.

“We have already submitted plans to the local council and hope we get the go-ahead for the installation of solar panels on the Masjid-e-Hamza mosque in the next couple of months,” said Esther Boyd, project manager of SusMo. “I hope the SusMo project provides inspiration to other religious groups across the UK, and helps them realise the untapped energy potential they’re sitting-on and the benefits that could be brought to their communities by harnessing renewable energy.”

The majority of the church’s south facing roof has been covered with specially-manufactured PV tiles, designed to blend in with the surrounding Welsh slate.
About author