‘Sensors Anywhere’ makes it easy for anyone to access eco data

Every day, scientists around the world use satellites and other sensors to gather a wealth of data about environmental conditions, but that data usually... 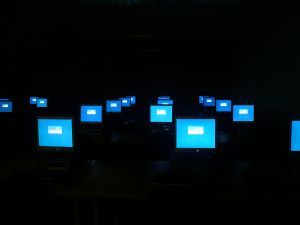 Every day, scientists around the world use satellites and other sensors to gather a wealth of data about environmental conditions, but that data usually stays only with the researchers who’ve collected it.

Under a new European project called Sensors Anywhere (SANY), though, that data could soon be freely and easily exchanged by researchers across the globe. The scientists who developed the system say it paves the way for a future where environmental data and services are available to all on the open market.

The system could provide critical intelligence for policy-makers seeking ways to, for example, better adapt to climate change.

“We are investing lots of resources to make measurements for a particular reason, but the information obtained may never be used again,” said Denis Havlik of the Austrian Institute of Technology. “Perhaps people don’t know that certain information exists or they cannot access it; sometimes they can access it but they don’t know how to use it, or it is too complicated to get in touch with the data owner.”

Havlik coordinates the SANY project, which has created the technical means to allow the free exchange and use of environmental monitoring data regardless of its source.

SANY uses a “service-oriented” architecture, where applications can be built out of modular services accessed over the internet. One service might obtain some data, another might plot a map, graph or chart, and another might process the data in some way.

“The SANY Sensor Service Architecture (SensorSA) allows everybody who makes environmental observations to advertise them over standardised service interfaces,” Havlik said. “Anybody who needs environmental data can go and search for it — or look in a catalogue — and retrieve it using standardised methods.”

Even businesses could benefit from access to such environmental data, Havlik said.

“If you are a small company and you believe, for example, that you can predict episodes of air pollution much better than anybody else, then it’s easy for you to put your service on the market,” he said, adding that SANY promises to do more than simply allow small companies to access markets that have traditionally been dominated by big public bodies. “Today, many companies still try to do everything on their own. The new market paradigm envisaged by SANY will allow all involved parties to concentrate on their own strengths, and purchase the missing data and services on an open marketplace.”

The SANY project has already been running some pilots using data from several sites across Europe. In Gdansk, Poland, for instance, it’s helping to demonstrate the feasibility of automatic monitoring and forecasting of the bathing water quality at local beaches.

At the moment, water quality is checked by taking infrequent samples which need 24 hours to be analysed. That means bathing can only be restricted long after a pollution incident has taken place and some incidents may be missed altogether. The SANY pilot proposes a different approach: using simple measurements, taken in real time with automatic equipment, to generate indicators for things which are quite difficult to measure, like the bacteriological quality of the water.

A similar pilot is being run in Cornwall, UK, where SANY is being used to forecast incidents of microbial contamination of shellfish beds.