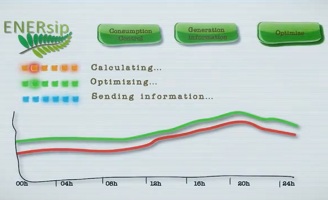 Powerful tech combo could cut city electricity use by 40 percent

energy153
Information and communication technologies (ICT) could help cities reduce their electricity use by 30 to 40 percent, according to a European research project. The... 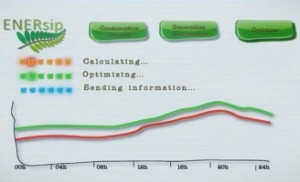 Information and communication technologies (ICT) could help cities reduce their electricity use by 30 to 40 percent, according to a European research project.

The ENERsip project found that combining a specially designed ICT platform with micro-generation — small-scale renewable installations like rooftop solar panels on homes — could optimise both residential energy consumption and city electricity generation infrastructures. Together, these technologies could reduce home electricity use by 15 to 20 percent, and improve district-based generation and consumption by another 15 to 20 percent.

The ENERsip system “gives the users information regarding their consumption, allowing them to identify the appliances that use the most energy; it then suggests possible solutions, attempting to modify certain behaviors and fomenting good practices that allow consumers to reduce their electricity bill,” said José Ignacio Moreno, a professor at the Department of Telematic Engineering at the Universidad Carlos III of Madrid.

The system also enables automatic, district-wide adjustments in home electricity consumption. For example, it could maximise the use of locally renewable energy sources over electricity from more distant sources or reduce energy flows when needed by raising temperatures in houses across the district when local energy production is low.

“This type of action falls within what is know as electricity demand management,” said Gregorio López, another researcher at the Universidad Carlos III of Madrid. “Of course, those households would have agreed in advance to participate in this type of program in exchange for certain incentives, and pre-established levels of comfort would never be compromised.”