energy storage36
The name conjures up visions of  a New Age musical group, but the project has a serious aim: to provide grid-connected solar power and... 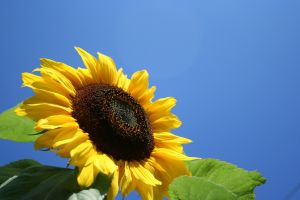 The name conjures up visions of  a New Age musical group, but the project has a serious aim: to provide grid-connected solar power and energy storage that lets us use electricity generated by the sun … even after dark.

Public Service Company of New Mexico — PNM, for short — has just brought online the US’s first grid-tied solar energy storage facility. The installation of high-tech batteries, part of PNM’s “Prosperity Energy Storage Project,” can provide up to 500 kilowatts of sun-generated electricity into the grid whenever it’s needed, day or night.

Located south of the Albuquerque International Sunport near Mesa Del Sol, the facility is the first of 16 smart-grid projects partially funded by federal stimulus funds to be fully operational.

“While PNM has three solar facilities online and two more in the works, the batteries and technology supporting this project create a reliable solar energy resource and can produce power when the sun isn’t shining,’ said Pat Vincent-Collawn, PNM president and CEO. “Without an energy storage component, renewable energy is a limited resource that needs to be backed up by traditional generation facilities. Although this technology is in its early integration stage and additional research and development is needed, the PNM Prosperity Energy Storage Project is a significant first step toward making renewable energy reliable energy.”

The project is set for a public dedication ceremony this Saturday.

PNM and the Electric Power Research Institute (EPRI) first began a smart-grid technology demonstration project in 2008. The two organizations revised their plans after stimulus funds for smart-grid projects became available in 2009, and later that year became one of the US utilities to win federal financing.

“This project is part of a nationwide effort to help the economy, develop reliable renewable energy and research battery-storage technology,” said Vincent-Collawn. “Every major component was either manufactured in the United States or installed by a US-based company.”

Using 2,158 solar panels, 1,280 advanced lead-acid batteries, smart-grid technology and sophisticated metering and monitoring technology, the storage system can automatically smooth the output of the solar panels, making the renewable power more dependable. For example, when a cloud casts a shadow on the solar array, energy output is immediately reduced. The battery and smart-grid system work in tandem to instantaneously dispatch energy to fill the gap created by the cloud. In addition, the system can store solar power — or energy produced by other facilities connected to the PNM grid — when demand is low. During times of peak customer use, the system then can dispatch the power back into the grid to support demand.

“Our goal is to identify, test and demonstrate the numerous benefits derived from this storage system,” said Steve Willard, a PNM engineer and the project’s manager. “While construction of the project is completed, our research has just begun. During the next two years, we’ll constantly collect data and share our findings with the industry worldwide to help advance energy storage technology.”