biofuels92
Growing palm oil for biodiesel not only not only contributes to the deforestation of tropical peatlands, but can end up generating as much as... 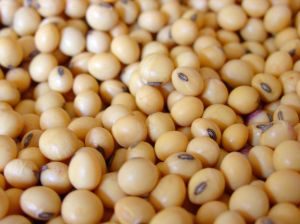 Growing palm oil for biodiesel not only not only contributes to the deforestation of tropical peatlands, but can end up generating as much as 2,000 per cent more greenhouse gases than fossil fuels, according to a new report from the United Nations Environment Programme (UNEP).

The report concludes that we need to take a far more sophisticated approach to ensure that biofuels are developed in an environmentally friendly way. That requires governments to fit biofuels into an overall energy, climate, land-use, water and agricultural strategy to make sure that society, the economy and the environment as a whole all benefit.

Some first-generation biofuels, such as ethanol from sugar cane, can actually have positive impacts in terms of greenhouse gas emissions, the report found. As currently practiced in a country like Brazil, it can lead to emissions reductions of between 70 per cent and well over 100 per cent when substituted for petrol.

However, the way in which biofuels are produced matters in determining whether they are leading to more or less greenhouse gas emissions, and the report identifies conditions under which production of biofuels does lead to higher emissions.

The report, “Towards Sustainable Production and Use of Resources: Assessing Biofuels,” is based on a detailed review of published research up to mid-2009 as well as the input of independent experts worldwide. It was prepared to help governments and industry make sustainable choices in an area has recently become deeply divided while triggering sharply polarised views.

“Biofuels are neither a panacea nor a pariah but like all technologies they represent both opportunities and challenges,” said Achim Steiner, UN Undersecretary General and executive director of UNEP. “Therefore a more sophisticated debate is urgently needed which is what this first report by the panel is intended to provide.”

Steiner continued, “On one level, it is a debate about which energy crops to grow and where and also about the way different countries and biofuel companies promote and manage the production and conversion of plant materials for energy purposes — some clearly are climate friendly while others are highly questionable.”