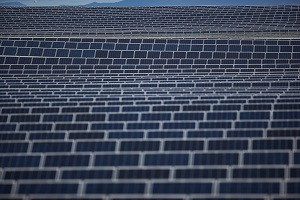 The assets acquired in the deal include 42 PV plants — 34 in Spain and eight in Italy — with a capacity to generate more than 250 gigawatt-hours of energy per year. The facilities will fall under the ownership of a new company called T-Solar Global Operating Assets, in which Grupo T-Solar will continue to hold a 51-percent equity stake.

Under the agreement, KKR and Munich Re’s asset management arm MEAG have the option to acquire new solar plants developed by Grupo T-Solar once they are fully operational.

The deal comes at the same time the Isolux Corsán group, which specializes in concessions and construction for major infrastructure projects, has taken over control of Grupo T-Solar.

Juan Laso, CEO of T-Solar, said the deal with MEAG and KKR will enable the company to expand its presence in the solar PV sector. He added that the group aims to increase its generation capacity to more than 500 megawatts by 2014.