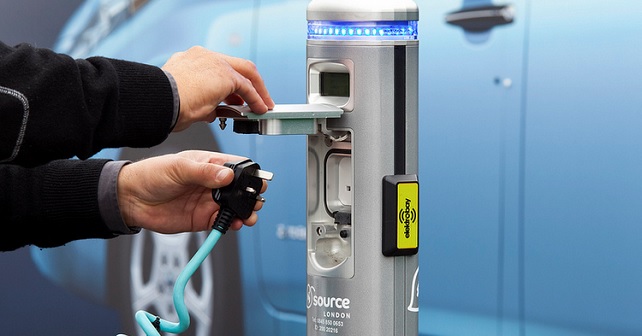 transport41
China’s BYD is supplying the London-based car-hire company Thriev with 20 electric sedans as the city itself moves toward its goal of a city-wide...

China’s BYD is supplying the London-based car-hire company Thriev with 20 electric sedans as the city itself moves toward its goal of a city-wide fleet of zero-emissions cars for hire.

As part of their partnership, Thriev will also install BYD’s fast-charging equipment at its facility in west London.

London Mayor Boris Johnson and Transport for London announced last month that all new taxis in the cities will need to be zero-emission-capable starting in 2018. The city is working with five companies — Frazer-Nash, Karsan, London Taxi Company, Mercedes and Nissan — to develop “the next generation of greener London taxis.”

“We will continue to work closely with taxi manufacturers to get ‘New Taxis for London’ carrying passengers on the streets of the capital as soon as possible,” said Garrett Emmerson, chief operating officer of surface transport for Transport for London. “We are also working with the wider industry and the Green Investment Bank to provide assistance to cab drivers who want to be among the first to get behind the wheel of these cutting edge vehicles that will significantly contribute to improving air quality in the capital as well as delivering benefits to cabbies themselves, in terms of reduced running costs.”