energy153
Germany’s already an undisputed powerhouse in renewable energy, but it will need to become even more innovative now that it aims to quit nuclear... 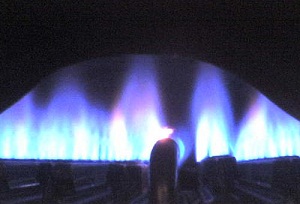 Germany’s already an undisputed powerhouse in renewable energy, but it will need to become even more innovative now that it aims to quit nuclear power by 2022.

Up until last year, Germany operated 17 nuclear reactors that provided about one-fourth of the country’s electricity. Following the Fukushima disaster in Japan, though, the government revived a previously suspended plan to phase out its nuclear power capacity in favor of more wind energy development and new gas- and coal-fired power plants.

A new wrinkle has now emerged in that plan: switching on power plants only when wind and solar aren’t producing enough electricity to meet demand is making some new gas-fired plants appear unprofitable. That’s leading some companies to question whether those plants should be built.

“Though certain projects have already been approved, the concrete investment decision has obviously not been taken yet because the companies are analyzing the projects’ economic efficiency,” said Hildegard Müller, chairperson of the general executive management board for the German Association of Energy and Water Industries (BDEW). “The long-term amortization of these investments with a predictable decrease in utilization hours makes it difficult to analyze the risks.”

The result, Müller continued, is that “some plans concerning conventional power stations seem to have been put on ice.”

This isn’t the first time Germany’s green-energy ambitions have created unexpected impacts because of their success. Back in 2010, the country was already finding it generated so much solar power on some days that its grid was being stressed by oversupply.

More recently, the German government announced that it was considering cutting back the rates of feed-in tariffs paid to people who install solar panels. (The UK and other countries have done the same, arguing that the cost of solar photovoltaics has dropped dramatically in the past couple of years.) After meeting with vocal opposition from citizens — as well as street protests — officials are now rethinking that decision.