geoengineering9
Geoengineering strategies to curb global warming may offer advantages in combating temperature rise, but could also significantly damage the Earth’s eco-systems, according to climate... 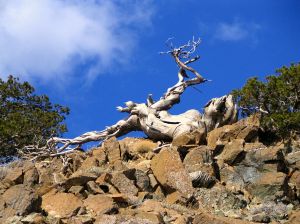 Geoengineering strategies to curb global warming may offer advantages in combating temperature rise, but could also significantly damage the Earth’s eco-systems, according to climate scientists at the Met Office Hadley Centre.

Their research was published recently in the Journal of Geophysical Research.

One geoengineering proposal suggests we deliberately brighten clouds by adding sea-salt particles to increase their reflectivity. Extensive sheets of low-level cloud exist off the coasts of South Africa, South America and the western US, and by “seeding” these clouds to reflect more sunlight away from the Earth, global warming could be slowed.

Met Office scientists, led by Andy Jones, have investigated the effects of this particular way of modifying climate using the Met Office Hadley Centre coupled climate model, and find the strategy could slow global warming by up to 25 years.

Despite the significant potential benefit of delaying increased temperatures, however, the study also revealed a downside to such geoengineering. The most serious would a sharp decrease in rainfall over South America, which would likely accelerate the die-back of the Amazon rainforest and the subsequent loss of one of the world’s major carbon stores.

“While some areas do benefit from geoengineering of this sort, there are other, very significant regions, where the response could be very detrimental, raising questions about the practicality of such a scheme,” Jones said.