EU buildings to be zero net energy by 2019

zero net energy2
The WWF is cheering today’s vote by the European Parliament, which proposes that all new houses, offices and shops built in the EU produce... 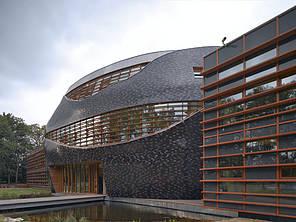 The WWF is cheering today’s vote by the European Parliament, which proposes that all new houses, offices and shops built in the EU produce the same amount of energy as they consume by 2019.

The deadline for all new public buildings is 2016.

“We commend the vision of the legislators in making zero net energy buildings the cornerstone of the revised directive,” said Arianna Vitali Roscini, WWF’s policy officer for energy conservation in buildings. “Technically and economically there is nothing standing in the way of an earlier deadline for all new constructions, which could help the EU achieve the 2020 emissions reduction targets.”

The vote still needs to be confirmed by the Council of the Ministers later this year.

“There is huge potential for buildings to consume less energy and produce renewable energy on site,” Roscini said. “Promotion of energy efficiency is a winning strategy for Europe. It improves energy security, reduces greenhouse gas emissions, encourages technology development and creates new jobs. This is a structural change within reach, it is up to political will to make it happen.”

The new standards will also apply to all major renovations, not only to those of with areas of more than 1,000 square metres, as was previously required.

Buildings in Europe account for 40 per cent of energy consumption and 36 per cent of greenhouse gas emissions.

The WWF is also presenting an exhibit this week at the European Parliament in Strasbourg to showcase the new generation of efficient buildings in Europe. The exhibit runs through Friday and highlights six super-efficient buildings: