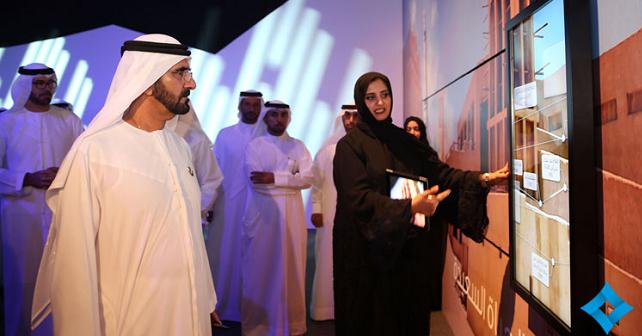 smart city4
Dubai’s newly launched smart-city ambitions include the goal of converting 1,000 government services into smart services over the next three years. Plans for the...

Dubai’s newly launched smart-city ambitions include the goal of converting 1,000 government services into smart services over the next three years.

Plans for the city’s transformation were kicked off this week by Sheik Mohammed bin Rashid Al Maktoum, vice president and prime minister of the United Arab Emirates and ruler of Dubai.

“Our country is today ushering into a new era for the improvement and development of quality of life through this gigantic project which got underway through an unprecedented public-private partnership to make a new reality for  all and change the concept of city which the human being lives in so as to live with him through his smart phone and who will be its key pivot,” Sheik Mohammed said during a ceremony launching the program.

Dubai’s smart-city plans call for a “5-D” control room and an open global laboratory for “creative people and specialized companies to try all that is new in science and immediately apply it.”

It also includes a “My Window to Dubai” program in which city institutions, facilities and residents have easy, shared access to data and information about schools, hospitals, roads, transport systems, sensors, buildings, energy and more.

As part of the initiative, the Dubai Electricity and Water Authority plans to develop a smart grid that encourages homeowners and other property owners to generate and use solar energy and sell surplus power back to the government grid.

Other planned services include a smartphone service designed to eliminate the need — in most cases — for members of the public to physically visit a police station to report incidents or seek other assistance.