Could ‘parasite power’ change the world?

innovation30
By 2016, many of the little energy aggravations that inconvenience you today — a run-down cellphone battery, a laptop with dwindling reserve power —... 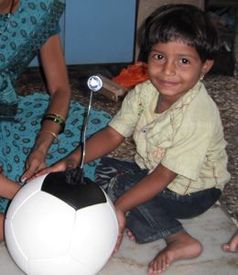 By 2016, many of the little energy aggravations that inconvenience you today — a run-down cellphone battery, a laptop with dwindling reserve power — could be a thing of the past, thanks to parasite power.

Researchers at IBM believe that parasitic power collection could be one of the top innovations that radically changes our lives within the next five years. A lot of the energy we’re wasting today, they say, could be harnessed to keep batteries charged, lights on and appliances running.

That’s not an especially radical concept. Everything from Energy Star ratings to vehicle fuel efficiency standards and development of the smart grid is aimed at cut energy waste, and many of those efforts have been under way for years. But the kind of waste reduction IBM researchers are talking about is different … they’re talking about tapping into the energy that now goes to waste every time you shift from heel to toe while walking, every time you push the pedals on your bicycle and every time water runs through your household pipes.

“Anything that moves has the potential to create energy,” writes IBM engineer Harry Kolar. “In the next five years, advances in renewable energy technology could make it possible for us to draw on power generated by everything from our running shoes to the ocean’s waves.”

“Your body,” he says, “will become an energy-generating machine.”

While wave-energy technology is already being tested and deployed in various parts of the globe, body-powered energy-grabbers aren’t on store shelves yet. But that doesn’t mean people aren’t working to change that. Maryland-based New Energy Technologies, for instance, is currently developing a system that can be embedded into roads to scavenge energy from braking cars. And a company called Uncharted Play has created a soccer ball called “sOccket” that gathers and stores kinetic energy during play and can later be plugged into a small electronic appliance like an LED lamp.