solar energy96
The cost of making silicon-based wafers for solar energy applications could be cut in half, according to a company that’s just won a $150-million... 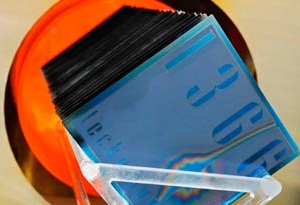 The cost of making silicon-based wafers for solar energy applications could be cut in half, according to a company that’s just won a $150-million loan guarantee from the US Department of Energy (DOE).

1366 Technologies says it could produce 700 to 1,000 megawatts (MW) of silicon-based wafers per year, at 50 percent of today’s prices, using a new manufacturing process called “Direct Wafer.” It plans to launch the first phase of its project in Lexington, Massachusetts.

“This type of pioneering technology is needed to compete and thrive in the global race for solar manufacturing, a market worth billions of dollars and tens of thousands of jobs in the years ahead,” said US Energy Secretary Steven Chu.

The Direct Wafer technology, developed with the help of two DOE grants totaling $7 million, reduced the number of steps needed to manufacture silicon-based wafers from four to one. The process, which also reduces silicon waste, involves forming individual wafers directly from a bath of molten silicon. A thin sheet of silicon freezes inside the direct wafer furnace and is then removed and laser-trimmed to size.

At full production speed, the entire wafer formation process can take just 25 seconds, according to 1366 Technologies. Conventional batch processing today can take up to three days.