carbon emissions30
A new carbon cycle model developed by researchers in Europe indicates that global carbon emissions must start dropping by no later than 2015 to... 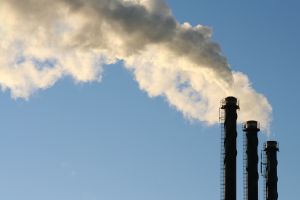 A new carbon cycle model developed by researchers in Europe indicates that global carbon emissions must start dropping by no later than 2015 to prevent the planet from tipping into dangerous climate instability.

The finding is likely to put new pressure on the world’s top two carbon emitters — China and the US — both of which were widely blamed for failure to reach a binding global accord on carbon reductions in Copenhagen last December. Furthermore, the non-binding outcome of Copenhagen has global carbon emissions peaking in 2020 — five years too late, according to the latest model.

The model, developed by researchers at Germany’s Max Planck Institute for Meteorology, suggests the world’s annual carbon emissions can reach no more than 10 billion tonnes in five years’ time before they must be put on a steady downward path. After that, the researchers say, emissions must drop by 56 per cent by mid-century and need to approach zero by 2100.

Those targets are necessary to prevent average global temperatures from rising by more than 2 degrees C by 2100. Under that scenario, though, further warming can still be expected for years to come afterward.

“It will take centuries for the global climate system to stabilise,” says Erich Roeckner, a researcher at the Max Planck Institute.

The new model is the first to pinpoint the extent to which global carbon emissions must be cut to prevent dangerous climate change. Since the beginning of the Industrial Revolution, atmospheric concentrations of carbon dioxide have risen by 35 per cent, to around 390 parts per million today. Stabilising the climate will require concentrations to climb to no higher than 450 parts per million.

“What’s new about this research is that we have integrated the carbon cycle into our model to obtain the emissions data,” Roeckner says.