smart meters49
The following is a guest column by Steve Cunningham, CEO of Landis+Gyr UK: The Government’s recent Low Carbon Transition Plan and its accompanying Renewable... 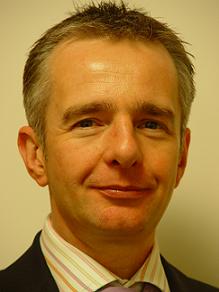 The following is a guest column by Steve Cunningham, CEO of Landis+Gyr UK:

The Government’s recent Low Carbon Transition Plan and its accompanying Renewable Energy Strategy (RES) saw one issue crop up repeatedly — the necessity of modernising the electricity grid. The present system, installed shortly after the Second World War, is quite simply not fit for purpose. Huge swathes of the UK’s wider environmental aspirations rely on its upgrade.

Ministers acknowledge this and have been looking at a range of important measures to tackle the problem: from a £4.7 billion programme to improve the whole system to transferring responsibility for access from Ofgem to DECC. This, however, is only part of the story. For the UK to reach its targets requires an additional, complementary piece of the jigsaw: smart metering.

“Smart” electricity and gas meters provide utilities with a secure, two-way flow of information, allowing them to manage “demand response,” protect the distribution network and ultimately optimise energy generation. By providing a to-the-minute stream of data, they also resolve one of the industry’s biggest bug-bears, estimated billing.

Consumers will benefit by being able to accurately chart how much electricity they are using (and what it is costing them) and will thus be empowered to reduce their consumption; studies have shown that metering can deliver a 3 – 5 per cent decrease in domestic usage.

Indeed, meters could also underpin a transformation in the way we pay for our energy. “Pre-payment” is currently used as a risk management tool for the UK’s poorest households, but in the future this could change as consumers are encouraged to buy their electricity in advance through lower tariffs, and then budget its use as they would do with their weekly shop. The result would be lower consumption levels, better management of supplies and — potentially — an end to fuel poverty.

The two-way flow of information between home and power provider has another important advantage. Smart meters will enable utilities to balance intermittent renewable sources such as wind and solar with more traditional energy supplies. The RES also envisages that significant amounts of electricity will come from domestic micro-generation technologies like CHP and domestic solar. The idea is that any surplus power produced will be injected into the grid and then transferred for use elsewhere. In both cases, smart meters are an absolute prerequisite.

The Government is aware of all of this, and has devoted considerable energy into turning smart metering into a reality. Ofgem, DEFRA, BERR and DECC have all carried out extensive consultations, while the Energy Demand Research Project (EDRP) continues to provide information on the best methods of driving down consumer usage.

Following years of delay, the culmination of the process has come rapidly. First, in November 2008, Lord Hunt reiterated in Parliament the Government’s intention to install a meter in every home by 2020, and then, in April, DECC announced its preferred pathway for reaching the target.

Of course, we are still some way from actually seeing meters in every home. The Government consultation will finish in September and we can then expect a period of review before a statement on the eventual model, likely to come in mid-2010.

Toward a ‘smart’ future

What is needed in the meantime is the start of volume, mass-market trials of smart metering. The Government does hold some of the information needed, both from its own EDRP tests and from various private-sector projects, but not on the scale to provide reliable foundations for a nationwide launch.

It is essential that the trials begin soon. DECC envisages beginning the programme roll-out in 2012, which leaves industry with an extremely limited period to transform abstract model into concrete reality. Volume trials will take time to deploy, complete and analyse, so it is imperative that we start now if we are to meet the 2012 and 2020 deadlines.

Without all this, progress will be extremely slow. The private sector can only be expected to invest in a full roll-out if it understands precisely what it is trying to achieve and how to get there. The trials should lay the foundations, providing information on a model which will both create the economies of scale needed for the widespread use of renewables and promote consumer energy efficiency.

The decisions that we make over the next two and half years will shape our energy system for decades, if not centuries, to come. The potential of smart metering and a smart grid is huge, so it is essential that we make the right choices now, ones which will allow us to unlock all of their future possibilities.

Landis+Gyr is one of the world’s leading smart meter manufacturers, with annualised sales of more than US$1.25 billion, operating in over 30 countries around the world. In the UK, the business is providing the technology behind three of the four current Government Energy Demand Research Project trials.