electric cars62
US researchers are hoping to develop a cheaper and more practical electric car by studying how people commute and then developing a “commute ecology”... 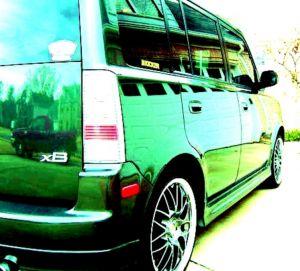 US researchers are hoping to develop a cheaper and more practical electric car by studying how people commute and then developing a “commute ecology” to design just the right vehicle for their needs.

Carnegie Mellon University’s ChargeCar research project aims to find ways in which electric vehicles can be customised to cost-effectively meet an individual’s specific commuting needs. The effort is also focusing on how an electric vehicle’s efficiency can be boosted and its battery life extended by using artificial intelligence to manage power.

“Most electric cars today are being designed with top-down engineering to match the performance of gas-powered cars,” said Illah Nourbakhsh, associate professor of robotics and head of the ChargeCar project. “Our goal is to revolutionise urban commuting by taking a different approach — by first analysing the needs, conditions and habits of the daily commutes of actual people and then using this ‘commute ecology’ to develop electric vehicles suited to each unique commute.

The ChargeCar project website is using crowdsourcing to gather data — that is, it asks site visitors to provide data on their own commutes so researchers can develop a large database of real-life commuting information.

The purpose of ChargeCar isn’t to develop new vehicles, but to assemble a knowledgebase that can be used to convert gas-powered cars using existing technology. The researchers, for example, are working with auto mechanics in Pittsburgh to develop community-level expertise in vehicle conversion, as well as a set of conversion “recipes.”

They calculate that a typical Pittsburgh commuter might save 80 per cent of energy costs by switching from a gas car to an electric car.

Key to the project is a vehicle architecture called smart power management, which uses artificial intelligence to manage the flow of power between conventional electric car batteries and a device called a supercapacitor. Supercapacitors are electrochemical capacitors with unusually high energy density and have typically been used to start locomotives, tanks and diesel trucks. Because it can store and rapidly release large amounts of electrical power, a supercapacitor can serve as a buffer between the battery pack and the vehicle’s electric motors, improving the vehicle’s responsiveness while reducing the charge/discharge cycling that shortens battery life.

“Many people have talked about using supercapacitors as buffers on a battery, but we also will use artificial intelligence to manage how power is discharged and stored,” Nourbakhsh said. “Based on a driver’s route and habits, the smart power management system will decide whether to draw power for the electric motors from the batteries or the supercapacitor and decide where to store electricity produced by the regenerative braking system as the car slows down or goes down a hill.”

Determining the optimal means of managing power will be one of ChargeCar’s primary goals. The researchers calculate that an intelligent electric car controller could recapture 48 per cent of the energy during braking and that a supercapacitor could reduce 56 per cent of the load on the batteries and reduce heating of the batteries — which shortens battery life — by 53 per cent.

“The number one cost of electric vehicle ownership is the batteries,” Nourbakhsh said. “Smart power management will save money initially because it pairs a low-cost battery pack with a small supercapacitor. And it will continue to save money by increasing efficiency and extending battery life.”