carbon emissions30
There’s one hangover from the global financial crisis of 2008 that’s over now, and that’s anything but good news. After falling dramatically post-crisis, global... 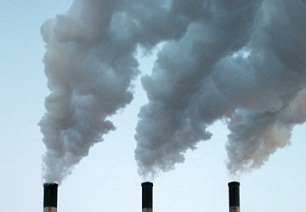 There’s one hangover from the global financial crisis of 2008 that’s over now, and that’s anything but good news.

After falling dramatically post-crisis, global carbon emissions from fossil fuels have not only rebounded but reached a new record high of 9.1 gigatons in 2010, according to the latest figures from the Global Carbon Project (GCP). With the additional impact of emissions from changes in land use, that figure rises to a full 10 gigatons.

“In terms of carbon dioxide emissions, it is as if the 2008-2009 global financial crisis did not happen,” said Glen Peters of CICERO (the Center for International Climate and Environmental Research), who is lead author of the GCP analysis. “Many saw the (global financial crisis) as an opportunity to move the global economy away from persistent and high emissions growth, but the return to emissions growth in 2010 suggests the opportunity was not exploited.”

Atmospheric concentrations of carbon dioxide now stand at 389.6 parts per million — the highest recorded in at least the past 800,000 years.