biochar2
The following is a guest article by MaryAnn Simonds, Chief Sustainability Officer at EcoTechnologies Group: One might be quaking like an aspen as we... 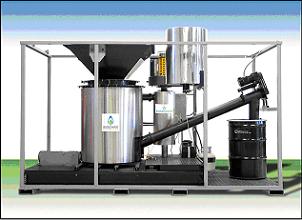 The following is a guest article by MaryAnn Simonds, Chief Sustainability Officer at EcoTechnologies Group:

One might be quaking like an aspen as we watch the California fires on the news and wonder if they could happen in our area.  If you’re among the nearly half of all Americans who live in the Wildland-Urban Interface (WUI), that region nestled between the lushness of the forest and the culture of the city, your home might well be among the thousands lost each year to wildfires.

“That home in the woods, with the peaceful chatter of pine squirrels, a babbling brook and the occasional deer feeding in the flowerbed has become a dream for many,” according to the International Code Council’s Wildland Fire Programme Director Dan Bailey, “but protecting this dream has become a horrific financial nightmare for the government agencies charged with fire protection in these areas.”

Decades of suppressing naturally occurring forest fires, combined with continuous years of drought and millions of beetle-killed trees have caused forests to become overloaded with dried slash and standing deadwood, which has created massive tonnage of forest-fire fuel known as forest biomass.  In 2009, the US Forest Service allocated $279 million for preventative measures, or “hazardous fuel reduction,” over a 1.5 million-acre area. This represents less than 1 per cent of the high-risk WUI acreage, the land needing protection, as it totals 600 million acres, endangering 40 per cent of all US homes and 140 million people.

The two most common methods for reducing hazardous fuels are mechanical removal and controlled burns. The former is expensive and labor intensive, requiring transport to a central processing plant; and the latter is prevented by air quality standards in most WUI areas. But there are several other technologies that can not only reduce hazardous fuels, but provide environmental and economic benefits as well. One such technology is pyrolosis.

Think of pyrolosis as a forest fire in a can. When a forest fire burns, oxygen-reduced pockets smother and smolder the wood, so instead of burning down to ash, it creates char. Once in the soil, this char, commonly referred to as biochar, increases water retention, benefits soil structure, and provides nutrient holding benefits for the new life that will grow in the fire’s wake. The pyrolosis process is a controlled, clean-emission, partial combustion process in an oxygen-deprived environment.

In remote or hard-to-get-to areas, pyrolysis equipment is also used to produce self-sustaining power, bio-oil and char as byproducts. With certain pyrolysis equipment, the process is controlled to solely make biochar, the carbon-negative soil-builder described above. As one of the few available technologies that actually removes carbon from the environment, biochar is being considered as one of the climate mitigation solutions by the US Congress and the UN.

In fact, it was just announced that US Senators Max Baucus and John Tester (both Montana Democrats) are co-sponsoring a bill that promotes biochar technology to address the invasive species and forest biomass problems we are facing.

Even now, there are several companies making biochar, with a few of them focusing specifically on mobile systems that can be taken to staging areas in forests to reduce hazardous fuels.

In the 27 August issue of The Economist, an article about biochar titled “A New Growth Industry?” told about a recent conference in Colorado which brought together “those who think biochar may give humanity a new tool to attack the problem … ”  Introducing the topic of biochar, the article stated, “It is sweet irony, therefore, that the latest fashion for dealing with global warming is to bring back charcoal.”

Renewable Oil International LLC has demonstrated its system for producing bio-oil to forest management agencies in Oregon. Waste Conversion Systems has semi-mobile units that can internally convert almost any biomass into pure ash, and Biochar Systems LLC, whose mobile system is pictured here, converts woody biomass into valuable biochar.  These mobile systems can be loaded onto a trailer, and with the aid of a chipper, a bucket loader and a few forest laborers, could protect urban community dwellers in your state and beyond.

Wildfires are adding billions of dollars to the government’s already limited budget. Wildfires are increasingly risking lives and livelihoods, reducing climate stability and threatening innumerable acres of habitats, economically valuable watersheds, and other ecosystem resources. Responsible politicians and policy makers should be seeking fire-mitigation techniques that increase our safety and protect the economy and our resources in a proactive way, rather than suffer the losses and costs when in a reactive mode. With local control and oversight, fast-tracking new technologies such as these climate-friendly, low-impact/high-benefit, forest-health maintenance systems should be an obvious winner to support.