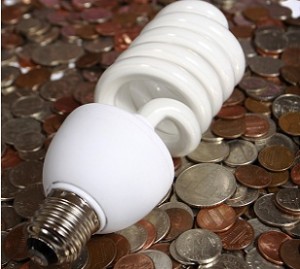 A new “Biggest Energy Saver” contest is actually two contests, rather than one. Starting mid-July, Texas residents in the Oncor and CenterPoint Energy service areas will be able to compete against one another to see who can come up with the best energy efficiency improvements as measured by their smart electricity meters. Grand prize: an electric car. First prize: a suite of GE smart home appliances that can “talk” to smart meters and help customers learn even more about how they consume — and can save — energy.

A second contest, also set to start in July, is aimed at finding the developers who can come up with the best efficiency-focused apps for utility customers with smart meters. More details are to come, but the winners are being promised cash prizes with a total value of $150,000.

The dual competitions are being led by Grid 21, a new non-profit organization, along with Oncor, CenterPoint Energy and San Diego Gas & Electric. Other founding partners include metering companies Itron and Landis+Gyr. IBM is also collaborating on the campaign.

“There have been dozens of pilot programs involving smart meters across the United States, and consistently customers have reduced their energy usage and controlled their costs,” said Steve Hauser, executive director of Grid 21. “Now the time has come to move beyond pilot programs and into full implementation because customers deserve it.”