wind energy92
The Princess Elisabeth Station in Antarctica over the weekend began powering its facilities with wind energy, courtesy of eight new wind turbines supplied by... 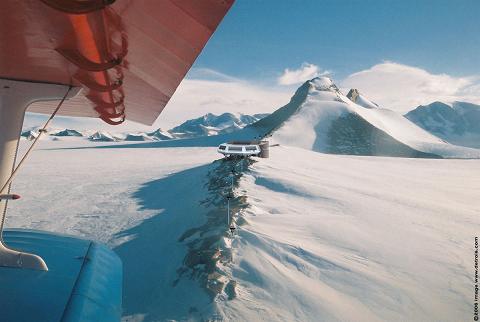 While the polar research base already had the distinction of being the only Antarctic station powered entirely by renewable energy, wind previously hadn’t been part of the equation. That’s because wind turbines weren’t thought to be sturdy enough to stand up to the brutal conditions on the frozen continent, where temperatures can reach -60 Celsius and winter wind gusts can exceed 322 kilometers per hour.

Proven Energy’s wind turbine design, however, has already demonstrated success by making it through ice storms in Slovenia and typhoons in Japan. In Antarctica, the 6-kilowatt turbines are expected to generate enough electricity to power the station’s heating, lights, computers and research equipment.

The turbines’ output is likely to be the highest of any small-turbine installation in the world, according to Proven Energy.

The Princess Elisabeth Station, part of the International Polar Foundation, also generates energy via solar-thermal and photovoltaic systems. The base even derives its water supply by using solar-thermal power to melt snow.