Aiming for smart, rather than just clever

automation3
The “internet of things,” as the smart grid is called, promises a new era of efficiency, convenience, automation and clean, sustainable energy. But could... 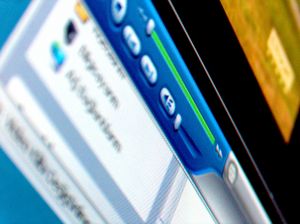 The “internet of things,” as the smart grid is called, promises a new era of efficiency, convenience, automation and clean, sustainable energy. But could it also usher in yet another proliferation of apps that are just as pointless and stupid as, say, the iFart?

As we’re still so early in the smart grid’s development, it’s hard to say where it all might lead. It’s hard to argue with the utility of real-time smart electricity meters and monitors (though some, such as Marin County officials, are arguing). As the saying goes, knowledge is power, and knowing how much energy you’re using — and when — through a meter reader and online dashboard like AlertMe’s can’t hurt.

Applications like NXP Semiconductors’ new offerings for smart-grid privacy and security and Android-based browsing for technology products make sense too. The need for security is a no-brainer, while mobile database access is clearly a plus for engineers on the go.

There’s a bit more cleverness to PayGo Electric’s account management system, which lets utility customers reload their pre-paid electricity accounts in a variety of ways, including by mobile phone or PDA. Now embedded in SmartSynch’s smart meters,  PayGo’s technology can send automatic alerts to both customers and utilities when pre-paid electricity accounts fall below certain balances.

While pre-paid electric service remains a rarity in the US (less than 1 per cent, according to PayGo), a lot of utilities are interested in offering it, which would make such mobile management increasingly useful. And as anyone who’s returned home to a cold, dark house after her power has been shut off for non-payment can tell you, automatic account reminders can be a godsend for the busy or forgetful.

For now, it looks like the smart-grid applications we can expect to see rolling out will be focused on function over flash. The smart grid, after all, won’t be an internet in the sense that we’ll be playing some home-area-network equivalent of “Angry Birds” (hopefully not, anyway). As the technology keeps evolving, though, we’re sure to see more than a few apps that do more to make quick bucks for their developers than help reduce and manage energy consumption in a smart, sustainable way.

Sooner or later, we’re bound to encounter a smart-grid equivalent of “Hold the Button.” You heard it hear first.