smart buildings12
What makes a smart building? Efficiency and minimal waste are critical, but it takes more than just green construction materials to achieve that. Really... 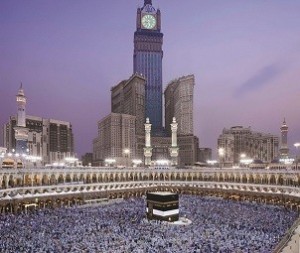 What makes a smart building? Efficiency and minimal waste are critical, but it takes more than just green construction materials to achieve that. Really smart buildings have to be networked and automated to the max.

Here, then, are five of the world’s smartest buildings (and it’s interesting to note that three of the five have risen up in some of the hottest, driest and, in theory, most unsustainable locales on the planet):

Opened in November 2010 in the Saudi Arabian holy city of Makkah (Mecca), the Makkah Clock Royal Tower Hotel (above, left) features 10,000 kilometres of fibre optic cables for super-fast internet communications and internet connections. Much of the hotel’s “smarts” — including 76 elevators — are geared toward enabling Muslim guests fast and easy access to the Ka’aba shrine during daily calls to prayer, as well as during the annual Hajj pilgrimage. (Outside of that kind of intelligence, unfortunately, there’s not much that’s sustainable about the hotel, which The New York Times‘ Nicolai Ourossoff dubbed an “architectural absurdity.”) 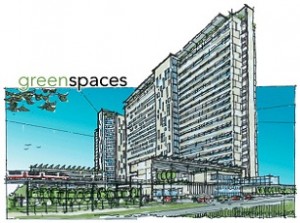 Located just outside of Delhi, GreenSpaces takes a dramatically greener approach toward building design. Currently under construction, the 1.75-million-square-foot, LEED-certified “Super”-Platinum green building is being developed to “demonstrate that via technology, lifestyle changes, and design that one can economically reduce the energy consumed by buildings from 40% to 10%, and in the process prove that “Green is Green” and therefore sustainable and replicable.” Designed by the US architectural firm Perkins & Will, the project also involves partners like General Electric, Carrier, Otis, IBM, Battle McCarthy and ITT. 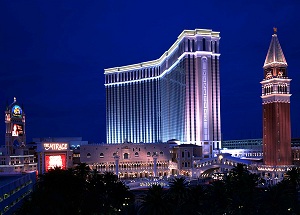 The words “Vegas” and “casino” once conjured up images of anything but sustainability, but that’s not the case with the latest generation of developments in Sin City. A LEED Gold Award winner, the Venetian is part of a larger planned development that Las Vegas Sands Corporation calls “the largest ‘green’ building on the planet.” Among its smart features: a master switch in every suite that lets guests turn off every light at once when they leave; occupancy sensors throughout the service areas that automatically turn off lights when no employees are present; a roof-mounted solar thermal system (the largest in the US, according to Sands) that heats water for pools, spas and some of the development’s other hot-water needs; and a building automation system that manages heating, cooling, ventilation and lighting for optimal energy efficiency. 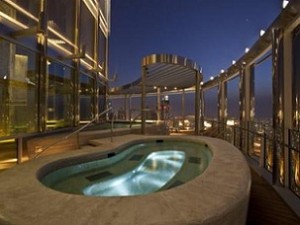 Formerly known as the Burj Dubai, the tallest free-standing tower in the world (in, where else? Dubai) was also designed with intelligence and efficiency in mind. The structure features advanced building automation systems with biometric controls, touch-pad systems, intelligent parking and networked services that integrate tasks like hotel booking, procurement and more. Although it’s not aggressively “green,” the Burj Khalifa — designed by the Chicago firm Skidmore, Owings & Merrill — does have a system that collects water from condensation — about 15 million gallons per year — for supplemental uses and also uses solar panels for water heating. 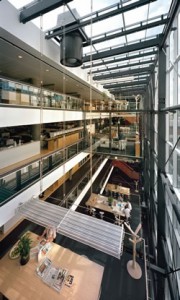 Perched on the edge of Sydney Harbour, 30 The Bond is the first High Street office building in Australia to achieve “real outcomes in environmental, social and commercial sustainability,” according to the Australian Institute of Architects. Property developer Lend Lease claims the structure is “the first office building in Australia to commit to a 5 star energy rating” and boasts carbon emissions that are 30 per cent lower than the typical office building’s. Among its features: passive chilled beam cooling, facades with automatic hades, natural ventilation, sub-metering to detect water leaks and a rooftop covered with drought-resistant plants. It’s also earned what is possibly the best smart-building-related quote we’ve heard in a long time: “Sexy, civilised and true blue green … the building has done for design what Tarantino did for Pulp Fiction” (from Elizabeth Farrelly of the Sydney Morning Herald).